An Evening with Newham Music

On Monday 11 April Newham Music put on a fantastic line-up of ensembles from the borough to make their Barbican debut, showcasing the wonderful talent in Newham.

The concert began with an ensemble in partnership with The Warriors International, Kingsford Secondary School, Gallions, Vicarage and St Michael’s primary schools, Play Dub Now who performed an original arrangement of ‘Satta Massagana’.

This was followed by the recently formed, Lister School Jazz Band, an ensemble that gives a creative platform for students to learn how to improvise, who took on jazz classics by Ray Charles and Thelonius Monk. Newham Guitars performed Newham Music’s latest commission, ‘Spook’ by Anna Meredith, a piece including marimba, string quartet, solo guitar and featuring guitarists and ukulele players from several schools in the borough including Selwyn, Plashet, Lister and Rokeby. This ensemble gave the young players a chance to perform not only in a professional concert venue, but also alongside professional musicians! Later in the evening the groundbreaking ensemble, Roma Bridging Sounds Orchestra, a partnership project between the Roma Support Group and Newham Music put on an electric performance of traditional Roma music.

Finishing the evening Newham Music’s brand new orchestra for young Londoners, Newham Philharmonic put on their debut professional concert performing Brahms’ Symphony no. 1 and the Hungarian Dances no.  7 and 10, conducted by Matthew Scott Rodgers and undertook this challenge to tremendous success!

Tom Kerstens, Newham Music’s CEO had this to say:

“It is a key objective of Newham Music to give our young musicians inspirational performance opportunities at world class venues. It builds their confidence, self-esteem and shows there is a thrilling end to all their hard work”.

The evening was a resounding success with an audience made up of many important people in the music education and funding worlds. One child fed back, ‘it was so exciting to perform in the Barbican where famous people have performed before us!’.

Read more in the Newham Recorder by clicking here. 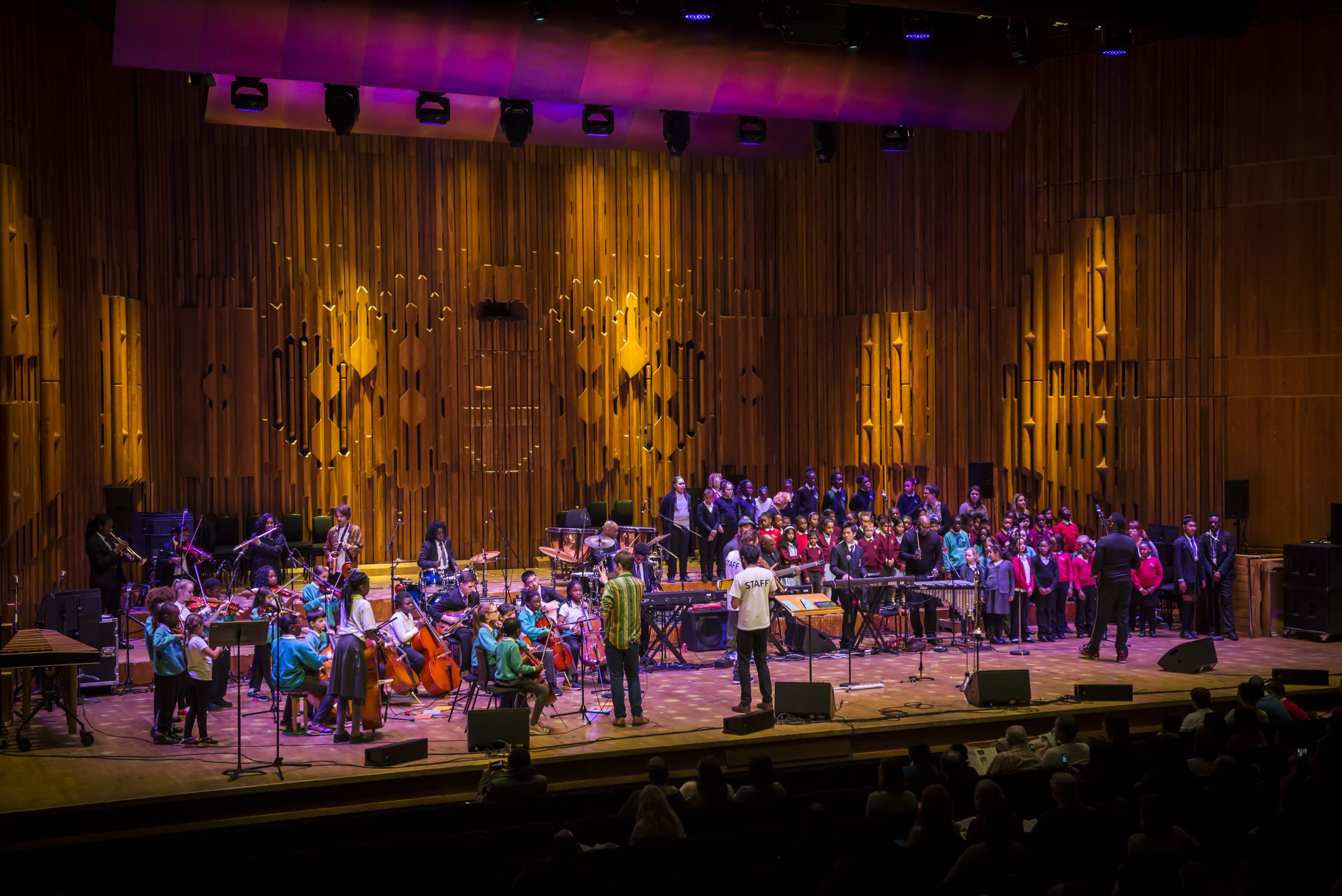