The modern-day opera took its inspiration from the life of Jonathan Lofulo, a Newham resident and former child refugee who spent time in prison before earning a first-class degree in Education from the University of East London.

On receiving the award, CEO of Newham Music, John Bergin said:
“We are delighted that Newham’s Community Opera has been recognised by this prestigious award. The dedicated efforts of so many has produced an inspirational and unique opera for the whole community. Full Circle has connected hundreds of people from different backgrounds across Newham through an authentic new musical work, and will continue to do so into the future.”

Anthony Wilson, Headteacher of Lister community school said:
“Receiving the Outstanding Musical Initiative award is such an honour. We have been able to use music as a tool to bridge the gap between people and really emphasise partnership, community and being ambitious and bold for our students. Winning this award will help us to ensure the legacy of Full Circle, cementing the themes of togetherness and second-chances into our community.”

Full Circle premiered at Lister Community School before going on to headline at the Newham Music’s Annual Festival of Youth at the Theatre Royal Stratford East. It was also performed at the Tower of London as part of the Water City Music Festival. The next phase of the project started in 2019 and has already seen development workshops as a part of Newham Word Festival. Full Circle will feature at the Southbank Centre Refugee Week and Music for Youth Proms in coming months. 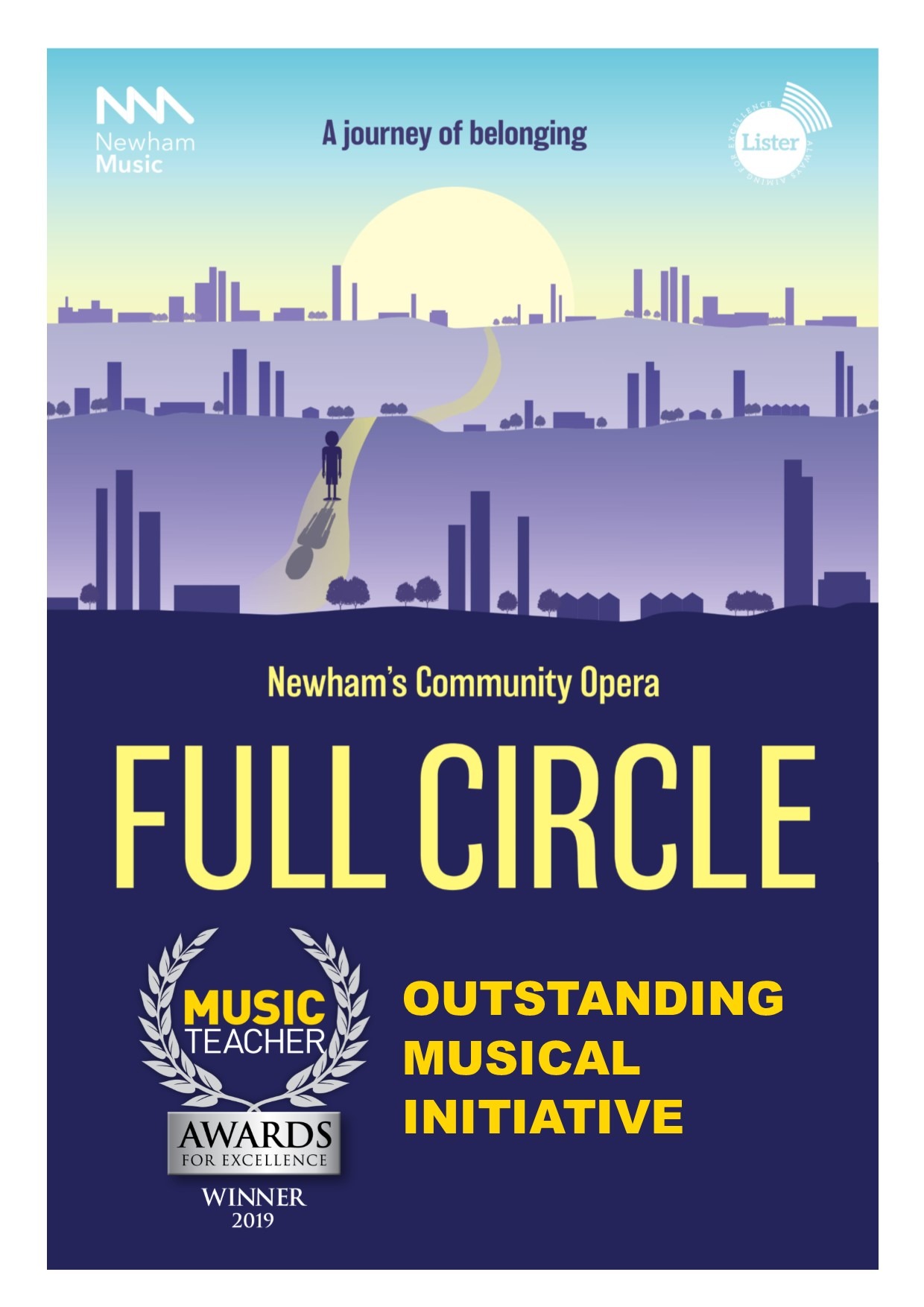