Newham Music Looks Back at 2017

2017 gave us a lot to be thankful for here at Newham Music. We reached over 15,000 young musicians through our offer of innovative projects and continued provision both in and out of schools.

The beginning of 2017 brought us the beginning of two new projects. In January, we successfully piloted ‘JAM!’, our inclusive music making programme for children on the Autism Spectrum in Gallions Primary. We also brought ‘Guitar Circus’ to local primaries to discover the different styles of music created with one of the world’s most popular instruments.

As the temperatures warmed up, so too did the schedule of local festivals and family days. Newham Music ensembles were invited to perform at the East End Family Festival at the Museum of London Docklands and the Early Bloom Festival in Canary Wharf. We also teamed up with our friends at Spitalfields Music to bring Musical Rumpus, their unique opera for babies, to tour through Newham.

July was jam-packed with performances featuring over 400 young musicians! We hosted two end-of-term concerts at our Saturday Academy highlighting the hard work our pupils had put in throughout the academic year. We also brought the Festival of Youth into both Lister Community School and Langdon Academy and invited 15 local schools to join us for days of music workshops and performances led by professional musicians.

Even during the summer holidays, we still made sure to keep busy. With the help of local choirmaster Luke Spiers, we put together an all-ages choir to perform at the East London Waterways Festival to celebrate the opening of the brand new Carpenters Lock in Olympic Park. We returned to the Park to host inclusive drumming workshops for all ages and abilities at the Parallel London Festival.

As the new school year kicked off we brought exciting and innovative projects into Newham schools. Conductive Music explored the connections between science, electricity and musical instruments. Six schools got the opportunity to watch the highly-interactive Decoda Recitals in partnership with the Guildhall School. We were also honoured to host the final leg of the Musical Rumpus tour for parents and babies in Newham.

November was another busy month in the lead up to the end of the year. We were excited to see new faces at our special musical story-telling sessions as a part of the Newham Word Festival, hosted by our friends at Discover Children’s Story Centre. Members of the Newham Music Academy Youth Orchestra were invited to play at the local Remembrance Sunday services. Our Community Opera project, inspired by the life of a local refugee, launched in partnership with Lister Community School, Sarah Bonnell School, Rokeby School, and UEL with plans for a public performance in July.

The end of the year saw two massively successful concerts; our end of term performance at Chobham Academy and annual Christmas Concert at St John’s Church in Stratford. To finish off the year, our Extraordinary Voices choir was invited to make a guest appearance at the NewYVC Winter Warmer Concert. All the musicians involved performed to extremely high standard and the concerts acted as the perfect close to a very musical year.

As we continue on into 2018, we look forward to bringing music-making opportunities to more audiences across the borough. Students from over 20 schools will be participating in the Newham Groove with plans to continue inviting students to join an ensemble with other young musicians from local schools. The introduction of our BPM Studio Sessions will reach teens and young adults throughout Newham with aims to develop their skills within the music industry and other creative fields. And of course, we have loads of performance opportunities and bespoke projects ready to roll out in the new year.

2017 was a year full of great music making in the borough and we are so thankful and proud to be surrounded by such hardworking and talented musicians, as well as a supportive and musical community. We are wishing you all a very happy 2018 and hope you will join us for another year of musical discoveries. 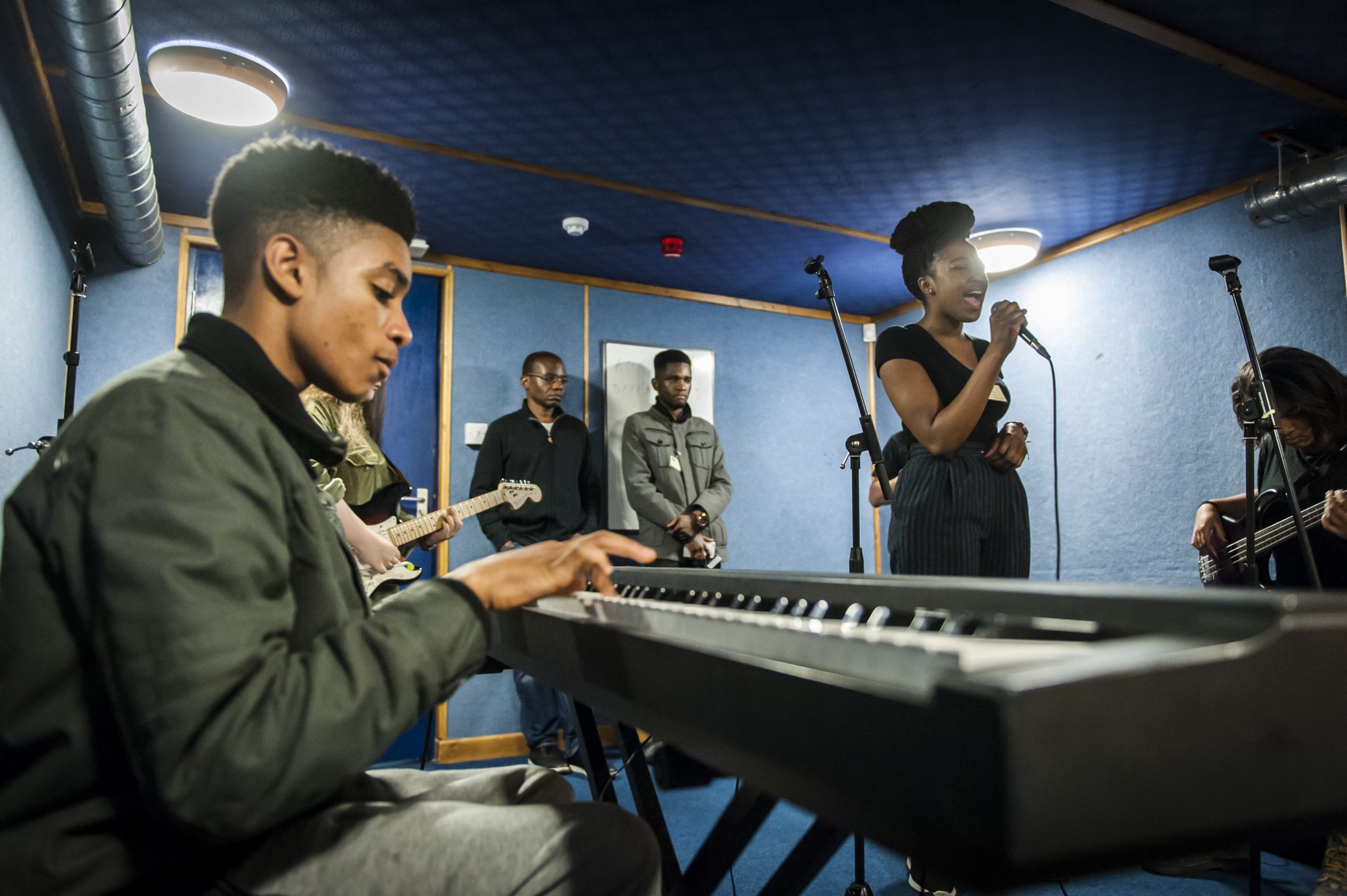