Newham Music’s Passing The Torch was a wheel success

Newham Music put on a fantastic show at the Olympic Velodrome to celebrate the ten-year anniversary of the London 2012 Olympic and Paralympic Games.

More than 1,500 children took part in Newham Music’s Passing the Torch 2022 from the heart of the Queen Elizabeth Olympic Park, inside an electric atmosphere at the Lee Valley VeloPark indoor Velodrome.

Performing alongside the Orchestra of the Age of Enlightenment, over thirty schools from the London Borough of Newham were given a golden opportunity to sing, recite and perform in one of the United Kingdom’s most iconic venues.

The show opened with a spectacular depiction of Disney’s popular tune ‘We Don’t Talk About Bruno’, and featured students participating in a variety of arts including singing, spoken word and playing instruments.

Music from a variety of regions across the world were involved in the large scale performance, ranging from starting close to our hearts with Our East London Home, to the other side of the world in the form of a South African rendition of Umbombela.

Check out the photos from the event in our designated gallery. 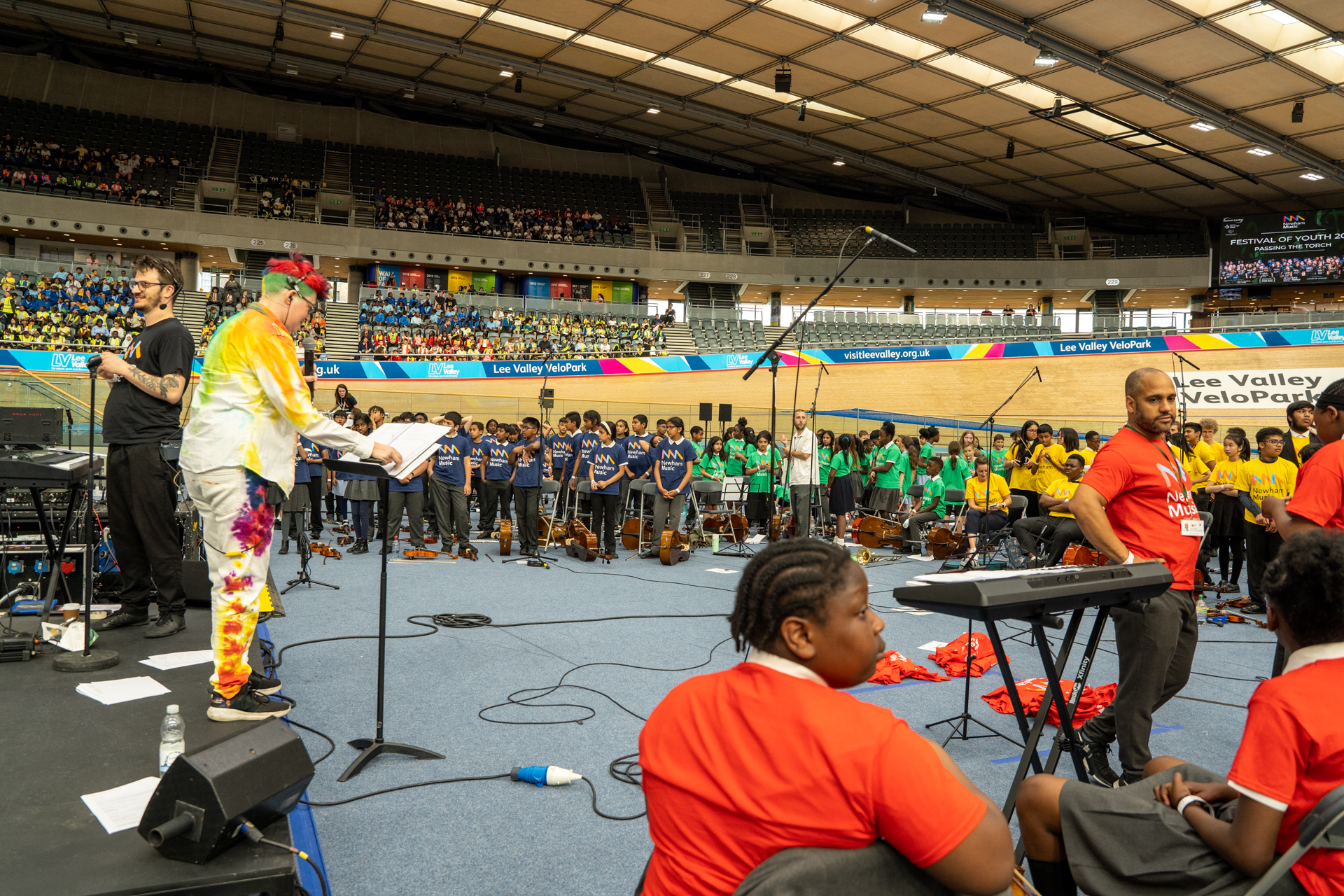