Thomas is one of our Youth Ambassadors and recently took part in our Young Leaders scheme. As a part of his placement, he took some time to reflect on the recent impact music has had in his life.

When I was sitting on my bed reading the NHS text message informing me I would have to remain in my bedroom for ten days, I can’t say I felt completely thrilled. As much as I can hear my thirteen-year-old self cringing at what I’ve become, I actually find myself enjoying school nowadays. Perhaps it’s the more focused nature of my studying, maybe it’s the professional dress code or it could just be the fact I can now buy pizza and a Coke from the canteen. Whatever the reason, all I know is that I wouldn’t have described myself as being the most pleased person on Earth, but I was certain to change that! From the first day of isolation, I promised myself I would seize the opportunity to exercise some musical muscles. I wasn’t sure what I would create, the only thing I knew was that I had to do something.

Days one through six consisted mostly of making sounds and then deciding never to make those sounds again. I wrote a series of awkward melodies, cheesy lyrics and a couple plodding chord progressions. However, from all the silt and sand, I managed to civ some gold. Three separate and distinct ideas each with their own identity sparkled in front of my eyes. Fully fuelled with musical inspiration, I realised I still had a bit too much homework to do and so that was what day seven was spent doing.

Day eight rolled around and I was given an early birthday surprise! I’d already calculated that I’d spend my birthday locked up and, having expressed my desire to take my music producing to the next level, my family gifted me some instruments to aid me in my endeavours. I don’t exaggerate when I say that I spent the entire day messing around with new timbres and ideas. Looking back, I can’t imagine my neighbours were the most thrilled about this but frankly, I was over the moon!

The ninth day was the most entertaining. I picked one of the three musical ideas to develop into a full track: a chord progression inspired by Mathieu Boogaerts’ “Avant que je m’ennuie”, played on the ukulele with a strumming pattern similar to Wilbur Soot’s “White Wine in a Wetherspoons”. I began building out from there, forming a beat out of the different percussive instruments I’d been gifted, as well as a pillow and some rice-filled jars. With a basic backing track prepared, I began trial and erroring some lyrics, settling on the simple theme of falling in love. With the singing (and rapping) recorded, it was time to move on to the most exciting part of the song, the outro. Recording this outro was the most fun I have ever had recording anything in my life; ‘twas a mad frenzy of grabbing anything that made a noise, putting it in front of my microphone and pressing record. I cheered, beatboxed, rang bells and even rapped nursery rhymes! My initial plan was to fade out as the outro got progressively more chaotic, however as I tend to talk to myself when finishing recordings, I felt the end received a humorous touch and chose to keep the volume up all the way.

With a completed track, day ten was a day to take a picture for the cover and then relax. I’m incredibly proud of my song and hope to publish it online at some point in the near future. 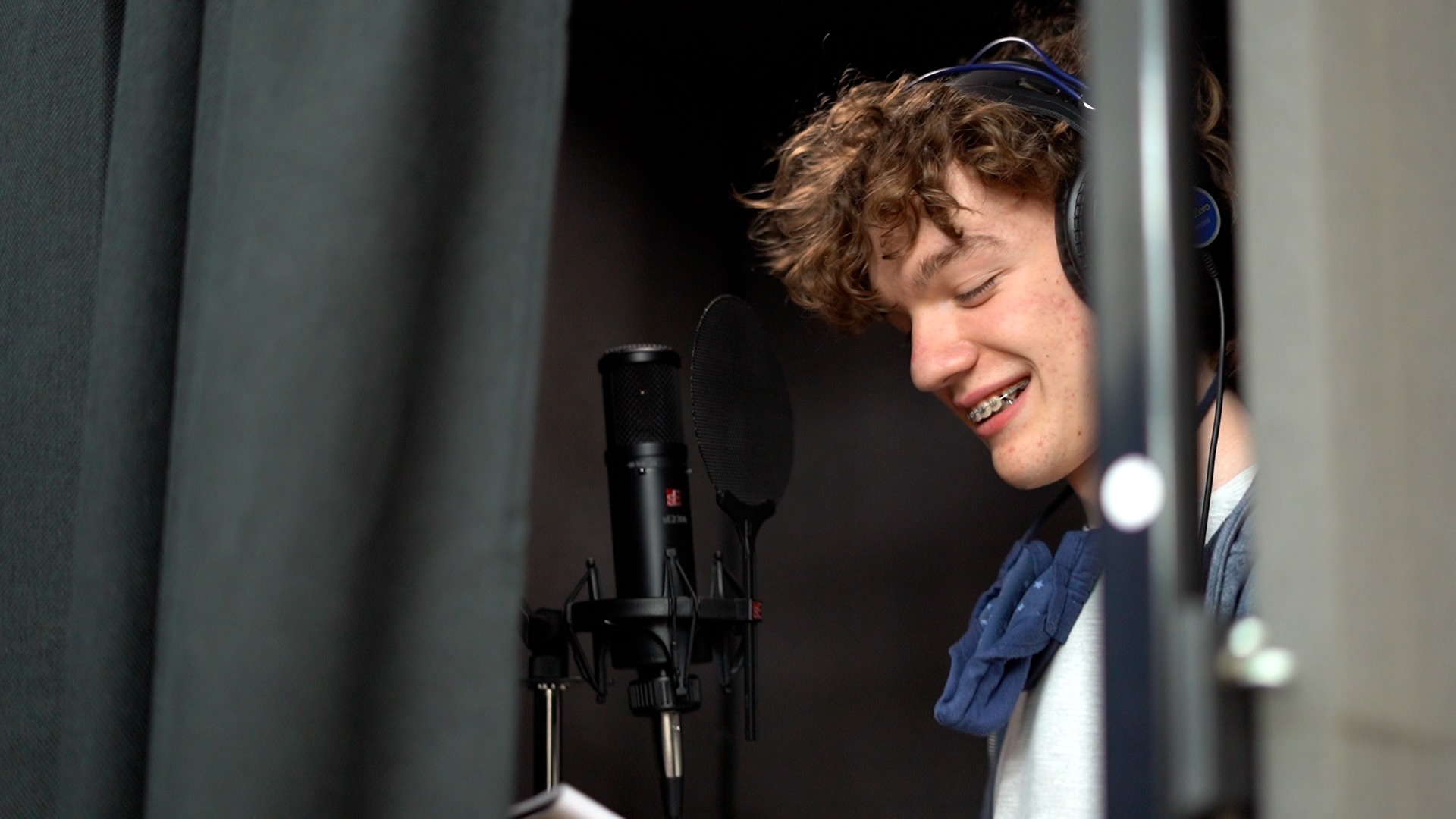